Abdominoplasty is requested by both men and women.
The procedure involves a large scar placed in the lower part of the abdomen from hip to hip. A smaller scar into the umbilicus (abdominal button) would also be created.
Mr Rochira aims to place the scar as low as possible in order that it can be hidden and covered by regular underwear.
A pressure garment is placed around the abdominal area and will be removed after 1 week when wounds will be checked and redressed. At which point showering can start. The garment will need to be worn for around 6 weeks (and strenuous exercise will have to be avoided). You should also expect not to be able to work for around 2-3 weeks and should avoid driving for this period also.

For patients who have a minimal amount of excess fat and skin, Mr Rochira may recommend a mini abdominoplasty in the lower part of the abdomen. With this procedure the umbilicus is not repositioned (and the muscle repair not carried out) resulting in a shorter scar.

For those who were obese and have lost weight as a result of bariatric surgery or intense diet, Mr Rochira may suggest a T-inverted abdominoplasty known as “Fleur de Lys” which involves a vertical scar from stomach to pubic line along with the horizontal component. This procedure can enable a better waistline result as the skin and fat tissue is also removed from the upper part of the abdomen.

Side to side + umbilicus 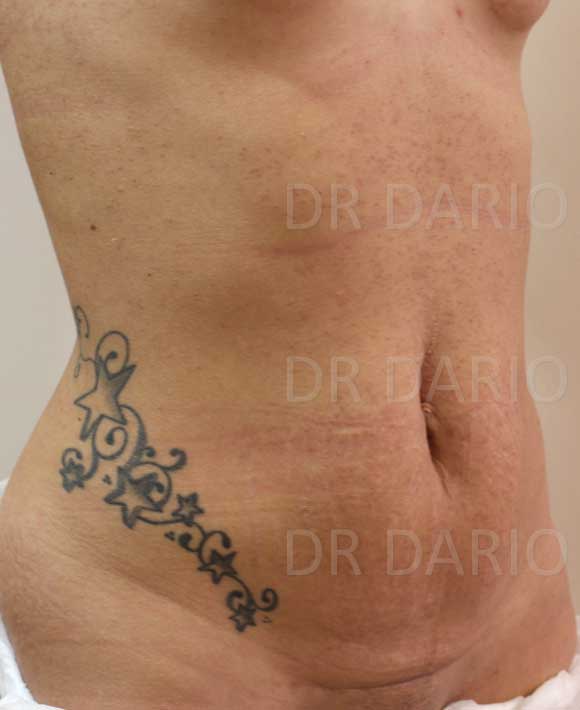 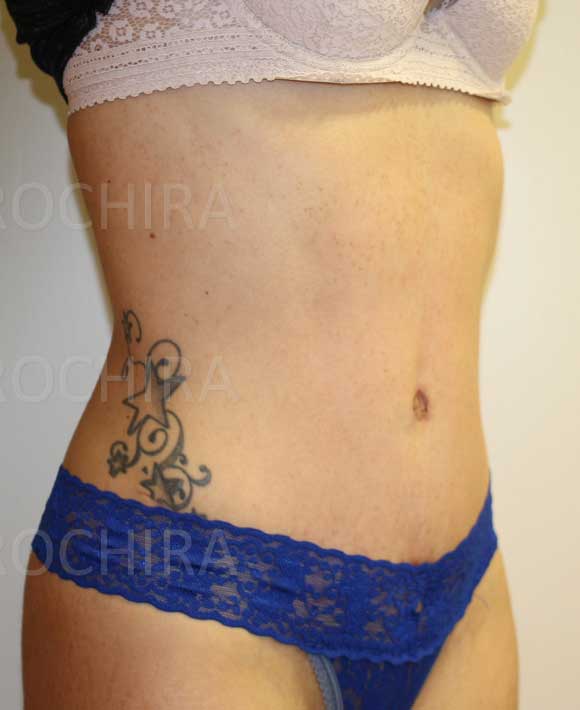 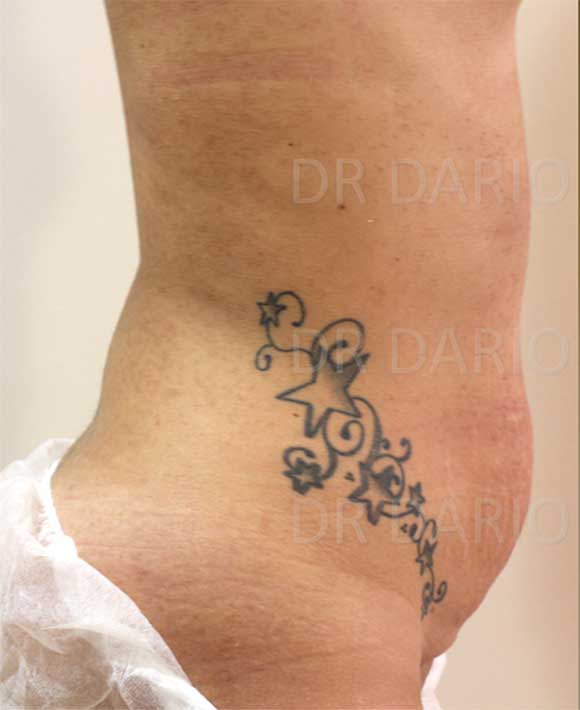 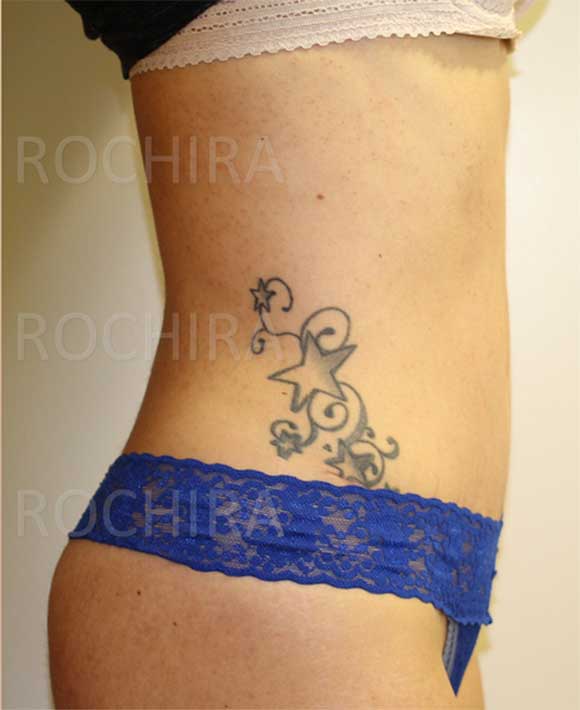 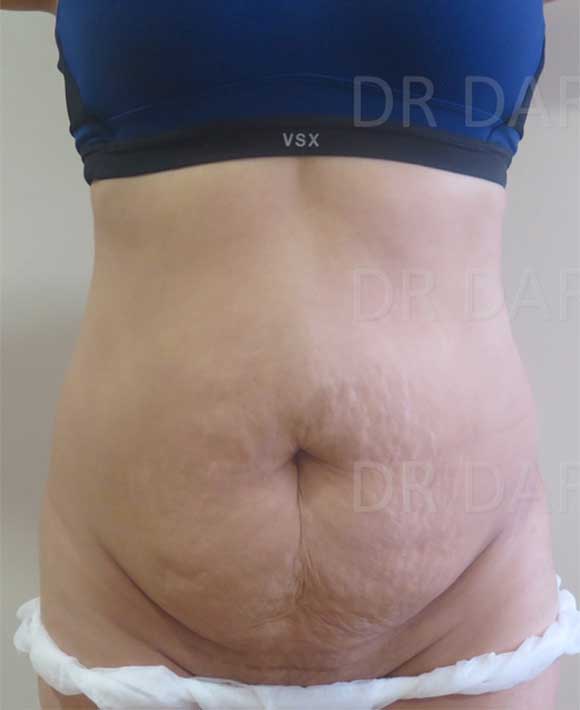 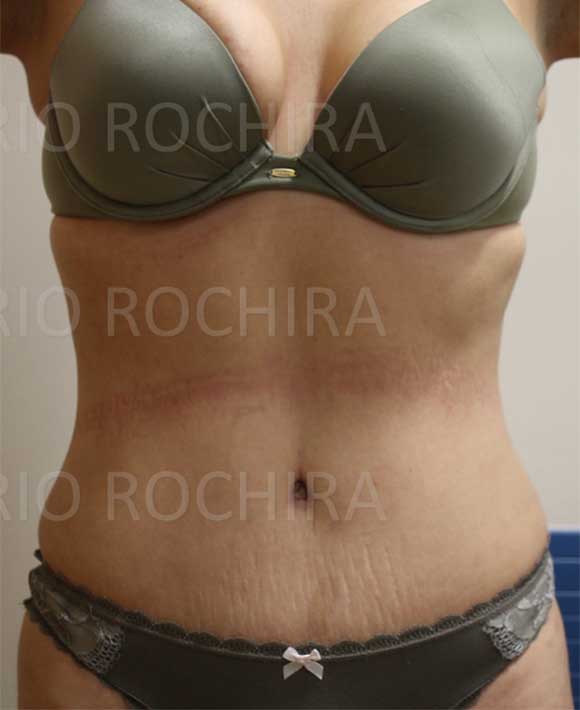 More case studies are available on Before | After page

To make an appointment to see Mr Rochira or to learn more about the Abdominoplasty or Tummy Tuck that he carries out please fill the form, send an email to info@dariorochira.co.uk or telephone his secretary on 07738 233604..