WHAT IS THE DIFFERENCE BETWEEN RHINOPLASTY AND SEPTOPLASTY? 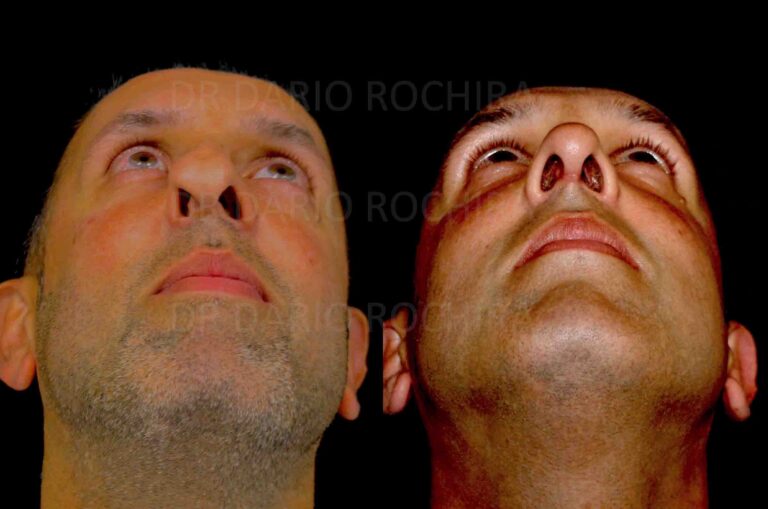 Septoplasty involves alterations of the septum which is the internal pillar of the nose supporting the whole structure. The septum is responsible for most of the deviations and breathing problems.

Due to the intrinsic and tight connections between the septum and the cartilages and bones of the nose, it wouldn’t be appropriate (although rarely possible) to perform a rhinoplasty without a septoplasty.

We cannot think to change the shape and size of the nose without some kind of correction of the septum or correct any coexistent breathing problems. It is demonstrated that the vast majority of patients have some degree of septal deviation which should be corrected during a cosmetic rhinoplasty to achieve better symmetry and support.

The newest modern technique named PRESERVATION RHINOPLASTY which is my area of expertise is a SEPTO-RHINOPLASTY which I like to perform with a closed approach (from the inside of the nostril – no external scar). It can address cosmetic and functional irregularities with a minimally invasive approach, minimal bruising and faster recovery time.

If you would like more information on Rhinoplasty please call 07738233604 or send a message here.