Reshaping a nose is a complex procedure that demands superior training and experience, and it is now a significant part of Mr Rochira’s practice. Located in the centre of the face, Mr Rochira appreciates that every nose is unique and it plays a fundamental role in aesthetic proportions.  He understands that achieving an aesthetically attractive nose, whilst maintaining normal function, is his primary responsibility when performing this surgery.

What Can Be Changed With Rhinoplasty?

The changes that are possible will be subject to and dependent upon each person’s nose and facial features.  The nose has the most variable features among different ethnicities.  For example, a greek nose is opposite to an afro-carribean nose and as such, will require particular skills and knowledge of the individual anatomy as well as individual surgical techniques.

At his clinic on Harley Street in London Mr Rochira sees female and male patients from all ethnic backgrounds for nose surgery, and has experience in correcting the following issues:

Traditionally, Rhinoplasty Surgery was carried out either as an open or closed operation.

For the last 50 years, this technique was the standard procedure used by surgeons to remove a hump and change the shape of the nose. The unfortunate complications of this technique included: bone irregularities, dorsal deformities, saddle noses and breathing issues.

In order to avoid or minimize these complication, a new modern and less invasive technique of nose reshaping has been developed and is called Preservation Rhinoplasty.

Following the development of the open technique, rhinoplasty surgeons began to notice that comparable results with greater control could be achieved using a closed approach, whereby incisions are made internally with no scarring visible on the exterior of the nose. This approach is generally suitable for patients who require little alteration of the bone or the nasal cartilages and tip.

However in the last decade, surgeons have built upon their past experience of conducting nose surgery and developed a new approach that has become known as Preservation Rhinoplasty.

A minimal incision is made on the skin between the nostrils (usually less than 1cm) allowing for full access to the nasal anatomy. This is the most common approach in the vast majority of noses since it allows more extensive reshaping. While many patients are concerned about the possibility of a scar, it is practically invisible after 12 months. The open approach gives the surgeon greater visibility when planning the operation and allows for challenging procedures, that would otherwise be impossible to perform. 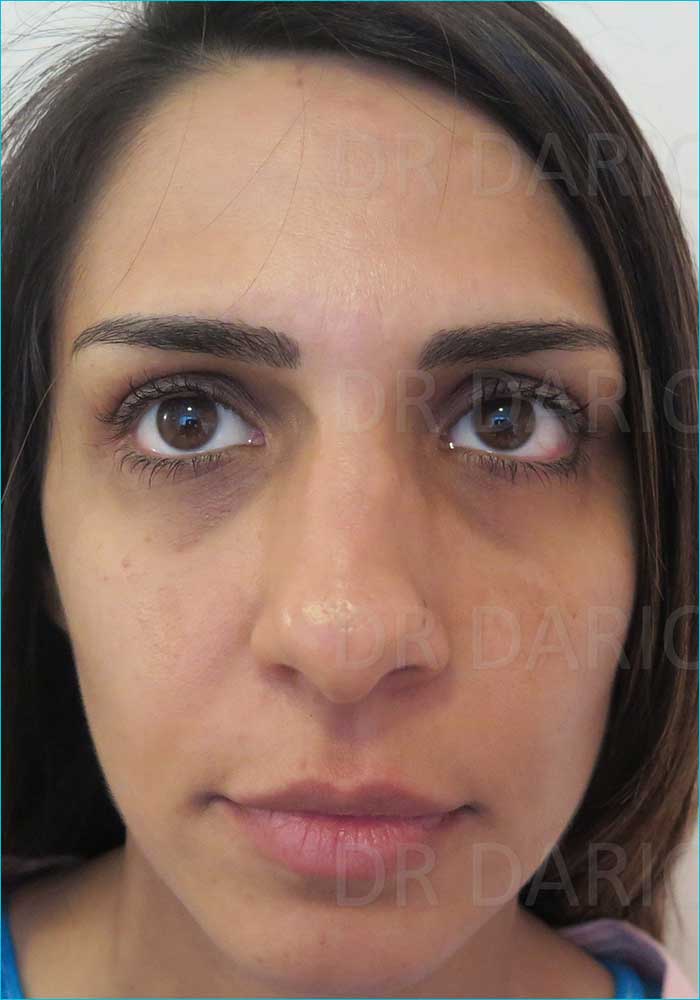 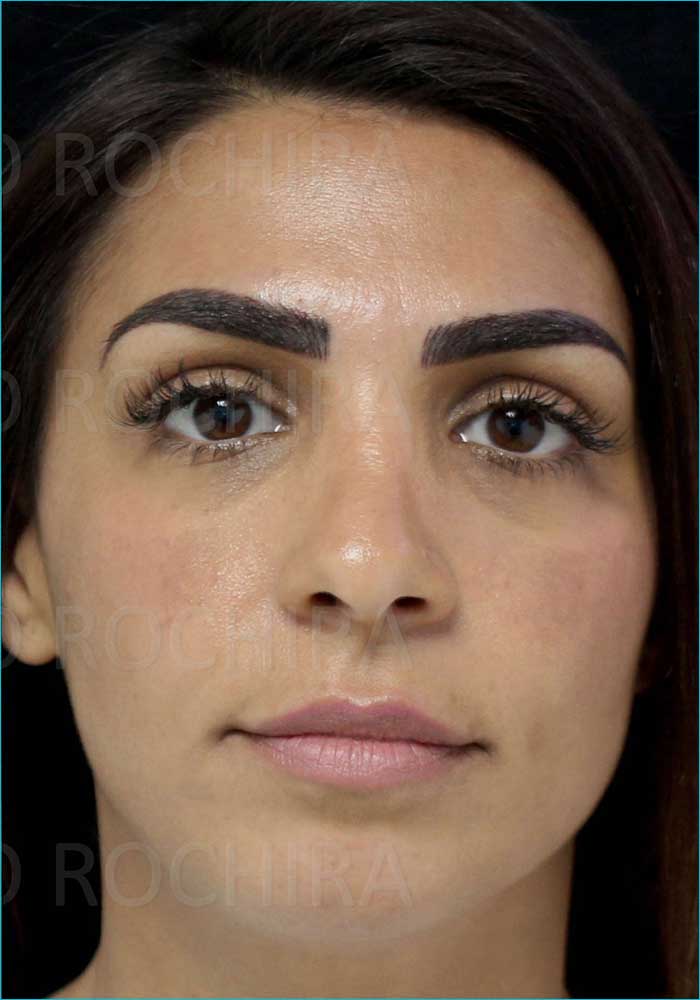 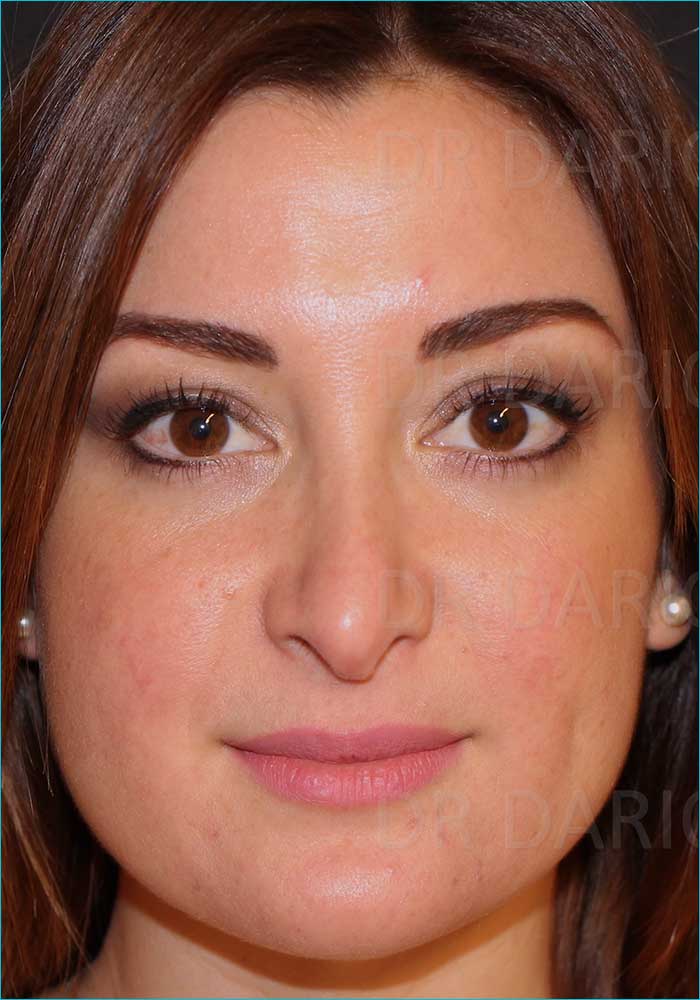 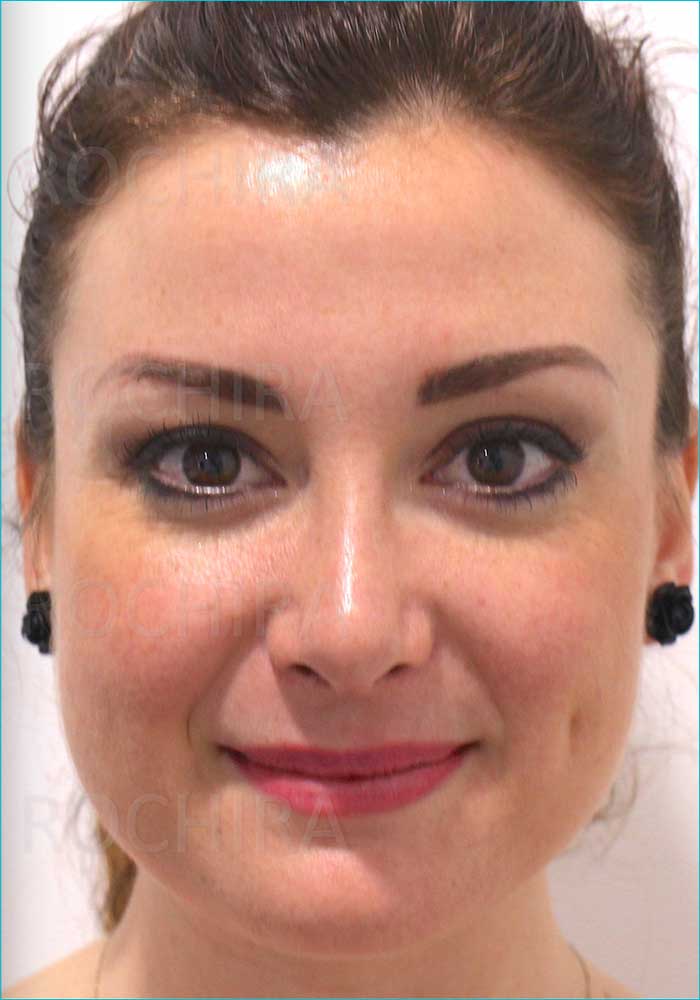 More case studies are available on Before | After page

To make an appointment to see Mr Rochira or to learn more about his rhinoplasty experience and the surgery that he carries out please fill the form, send an email to info@dariorochira.co.uk or telephone his secretary on 07738 233604.